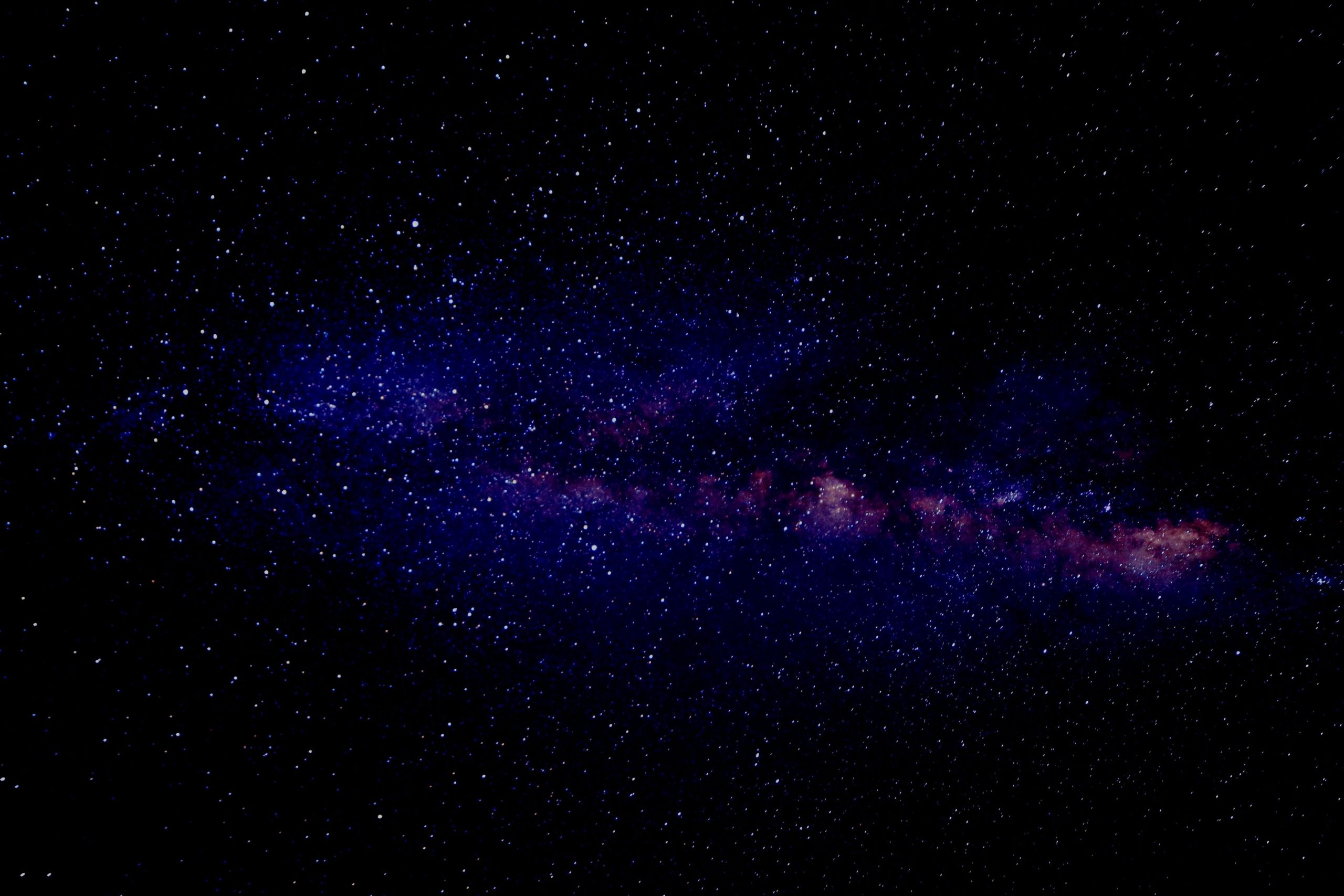 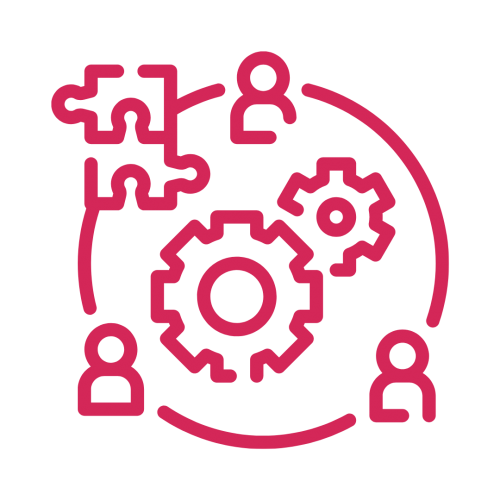 DAOs are growing rapidly as a way to work, coordinate, and fund public goods – but their decision-making tools and processes haven’t kept up.

As DAOs become more complex and oversee more assets, they are facing some fundamental challenges on their path to fair and effective self-governance, including:

Our vision for digital democracy

Rather than being built around a specific governance formula, Ethelo is already a highly configurable platform that can support experimentation and governance innovation. There are no “one size fits all” solutions.

We provide a modular set of tools to enable a wide range of potential solutions and to work with DAOs to iterate and explore. Together, we aim to revolutionize decision-making and become integral governance infrastructure for all DAOs. 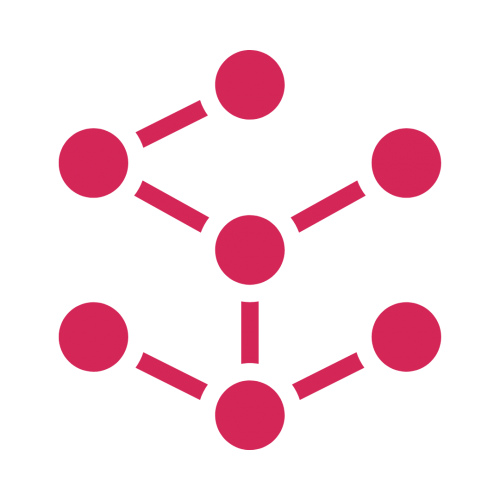 Using Ethelo’s platform and algorithm, Gitcoin launched the Grants Investigation Agency. This allowed community members to collectively assess whether flagged projects were in violation of Gitcoin’s rules and policies before they received matching funds.

Now moving forward, Ethelo will be helping Gitcoin to assess all new project proposals on the Gitcoin Grants site.

Find out how they did it

DAOs work with a variety of tools for internal coordination. But the decision-making tools that are fundamental to their success remain under-developed and limited.

Ethelo fills this gap by providing highly customizable decision-making infrastructure for modeling scenarios, weighing trade-offs, and finding consensus. Our algorithm can identify the most broadly supported solutions to almost any problem, from project funding and treasury allocation to delegate selection and strategic direction.

By moving beyond binary yes/no decisions, decisions can be made much more fairly and in ways that increase trust and engagement.

Ethelo is used by communities around the world to collectively find fair solutions to complex problems.

Over the past ten years, Ethelo has helped local governments, Indigenous communities, and non-profit organizations make better decisions together through online and offline decision-making tools and services. 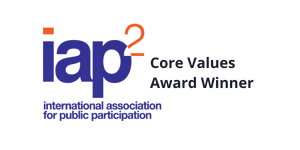 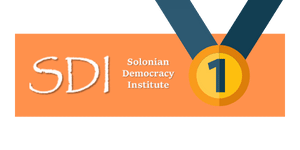 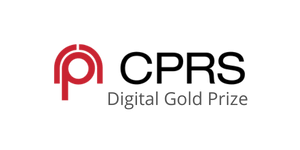 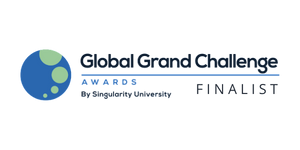 New to Web3 and DAOs?

We’ve outlined a glossary with what you need to get started without feeling lost.

For more on what this means for Ethelo, skip ahead to the FAQs.

Stage 3: Library of tools and impact

Read the latest news about Ethelo and DAOs

Ethelo Enters the Realm of DAOs

Have you heard of “DAOs”? They are an emerging type of web-based organization that uses blockchain technology to self-organize. DAOs have gotten a lot of coverage recently in mainstream publications.

Governance is emerging as one of the key challenges facing DAOs, and - as the space becomes more developed - crypto communities generally. Strong group decision-making will be critical to resolving challenges.

The Digest is a curated list of articles introducing people to the world of cryptocurrency from a social impact perspective. David Berlin, founding editor of The Walrus, will be curating and editing the Digest, bringing bringing a curious, critical and objective perspective to the world of cryptocurrencies and their potential for positive social impact.

Read our White Paper to learn more about our plan for working with DAOs. 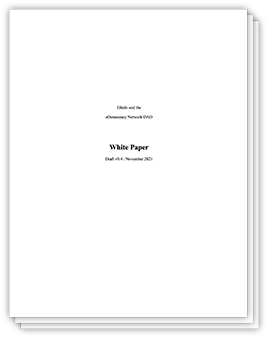 We believe that the technology for eDemocracy will emerge from DAO Web3 technology – and that Ethelo has a critical piece to offer this space.

Some say the inherent problems of decentralized governance will doom the DAOs. We don’t think so. We believe the very importance and centrality of the governance problem will force a new level of innovation and progression. Many critical pieces of the picture – including Ethelo – just need to be assembled into place. And it is from decentralized decision-making in DAO communities that the technology infrastructure for a global digital democracy will emerge.

Is Ethelo going to become a DAO?

Ethelo’s nonprofit sister organization, the eDemocracy Network, will be transitioning to become a DAO. This will allow us to get more people involved in the eDemocracy movement. Stay tuned for more updates!

What does this mean for me?

DAOs will be another sector we serve, alongside local governments, Indigenous communities, engagement consultants, and non-profit organizations.

And in the next couple of months, we will be announcing opportunities for supporters of digital democracy to participate in this new economy of digital democracy. In particular, you will be invited to become a member of eDemocracy DAO, to learn about the new developments, participate as either a voter, moderator, expert, or delegate, and become a part of a movement to create a truly democratic future. And with it – the solution to some of the most challenging problems facing humanity, such as climate change, income inequality and much more.

What about the climate impacts?

Blockchains like Ethereum and Bitcoin are built on proof-of-work, which requires energy-intensive solving of complex puzzles to add a “block” of verified transactions to the blockchain.

Newer blockchains such as Polygon are built on proof-of-stake and use much less energy. They instead require users to lock up some of their own tokens to prove they have a “stake” in ensuring transactions are valid. Ethereum itself is planning to switch to proof-of-stake this year.

There are also initiatives like Toucan using blockchain technology to have a positive environmental impact by building a regenerative economy and financing decarbonization. We partnered with Toucan to offset our emissions for the Schelling Point art contest and we will continue to work with initiatives that support climate-related projects.

It’s true there is a lot of noise and not just a few scammers. Many people are rightly disgusted with the whole crypto space given the rampant level of fraud. And while DAOs are in a separate category from NFTs or crypto speculators, of the more than 200 DAOs that have been created in the last 18 months, few will last the distance.

However, within this community, we have found some valuable and very aligned partners who are using Web3 technology for public good. We’re also actively working with partners like Gitcoin on preventing fraudulent activity.

World Wide Web 1.0 is often referred to as the “read-only web.” Websites were information-based and static.

Web 2.0 is “read/write,” which means that it is both interactive and participatory – but also exploitable by tech giants who hold individual signatures and can sell them to corporations who wish to target consumer habits.

Web 3.0 – or Web3 – introduces blockchain technology, which allows users to travel with signatures that cannot be aggregated or marketed as assets. Web3 permits financial transactions at supersonic speeds. Even in its early days, it has spawned thousands of new business and business models. DAOs and tokens, such as NFTs, are all part of Web3. 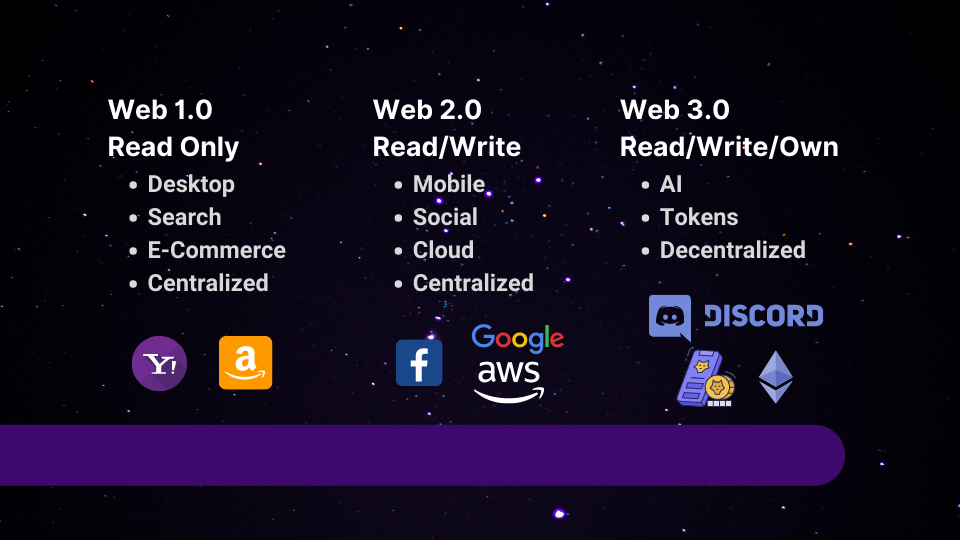 Blockchain is a ledger that allows to perform and record transactions in a peer-to-peer network. Using this technology, participants can confirm transactions without a need for a central authority, which makes them faster and more transparent. A transaction can’t be modified and it’s entirely traceable. The assets traded can be tangible (shoes, a house, a car) or intangible (NFTs, intellectual property). Other potential applications can include fund transfers, settling trades, voting, and many other issues.

At Ethelo, we see blockchain technology as a way to record voting data transparently. In other words, blockchains are basically incorruptible ledgers, which can reliably record the outcomes of votes in a way that anyone can audit.

At its core, cryptocurrency is typically decentralized digital money designed to be used over the internet.

Although there are thousands of cryptocurrencies out there, the most popular, by market capitalization, are currently Bitcoin, Ethereum, Bitcoin Cash and Litecoin. Others are based on different technologies, or have new features that allow them to do more than transfer value. Each cryptocurrency is unique and not all are suitable for every transaction. There are, in fact, two types of cryptocurrencies: coins and tokens.

Tokens are easier to build as they are created on another blockchain. A cryptocurrency that is not a coin becomes automatically a token (see definition below). They were created more recently and made possible by Ethereum’s technology.

It’s secure because all transactions are vetted by blockchain technology. A cryptocurrency blockchain is similar to a bank’s balance sheet or ledger. Each currency has its own blockchain, which is an ongoing, constantly re-verified record of every single transaction ever made using that currency.Source: coinbase.com

Ethereum is open access to digital money and data-friendly services. It’s a community-built technology behind the cryptocurrency ether (ETH) and thousands of online applications.

Ethereum builds on Bitcoin’s innovation, with some big differences. Both let you use digital money without payment providers or banks. But Ethereum is programmable, so it can also be used for lots of different digital assets.

In a blockchain, fungible tokens are cryptocurrencies like Bitcoin (BTC). Nonfungible tokens (NFTs) are units of data that represent a unique digital asset stored and verified on the blockchain.

Fungible tokens or assets are divisible and non-unique. For instance, fiat currencies like the dollar are fungible: A $1 bill in New York City has the same value as a $1 bill in Miami. A fungible token can also be a cryptocurrency like Bitcoin: 1 BTC is worth 1 BTC, no matter where it is issued.

Nonfungible assets, on the other hand, are unique and non-divisible. They should be considered as a type of deed or title of ownership of a unique, non-replicable item. For example, a flight ticket is nonfungible because there cannot be another of the same kind due to its specific data. A house, a boat or a car are nonfungible physical assets because they are one-of-a-kind.

The same applies to nonfungible tokens, which represent one unique and indivisible item — physical or intangible — like a picture or intellectual property. Blockchain is the underlying technology that can easily prove ownership of an intangible digital item.

A smart contract, like any contract, establishes the terms of an agreement. But unlike a traditional contract, a smart contract’s terms are executed as code running on a blockchain like Ethereum. Smart contracts allow developers to build apps that take advantage of blockchain security, reliability, and accessibility while offering sophisticated peer-to-peer functionality — everything from loans and insurance to logistics and gaming.

DAOs are an emerging type of web-based organization that uses blockchain technology to self-organize.

At their core, DAOs are communities that work together towards a common goal, making decisions based on votes by community members.

DAOs, for example, rely on smart contracts that automatically execute when conditions are met. The smart contract defines the organization’s rules, which can only be changed through a vote of its members. Smart contracts allow DAOs to run without a central authority or a board of directors.

These DAOs are online communities that codify their process using “smart contracts” on the blockchain to create organizational structures including roles, responsibilities, compensation and governance systems. Rather than having written policies that people interpret and apply, they create software protocols that recognize work, make payments, and enable group decision-making.

All the members of a DAO need to vote for any changes to be implemented, instead of implemented changes by a sole party.

This means that DAOs do not operate from a single central server (or even authority), but rather from a network of users all contributing to the validation of the DAO’s governance, framework and structure.

DAOs can initiate and carry out automatic processes based on parameters set when the DAO was created. Smart contracts run 24/7 and allow for policy execution and enforcement.

DAOs are platforms for people to work together without relying on interpersonal trust, but instead using software and automation.