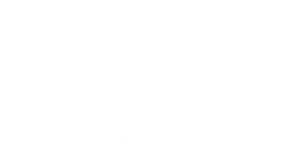 Including diverse community opinions in an official community plan

After holding a public open house, the Town of Gibsons needed a way to engage residents and validate areas of their new Official Community Plan. The Ethelo team worked with Modus Consulting to create an online engagement that educated residents about the proposed changes and let them easily weigh in by voting, commenting and adding proposals. More than 165 participants added 23 new proposals and contributed 1,400-plus comments, with various levels of support for the recommended changes that reflected the community’s diverse opinions.

When they set out to update their Official Community Plan (OCP), community input was a must-have for the Town of Gibsons. They hired engagement specialist Vince Verlaan of Modus Planning, Design and Engagement to oversee the process. And Verlaan chose Ethelo as the best platform for the online part of the community consultation.

The Town started by holding a public open house, where 92 people completed a questionnaire that revealed parts of the former OCP were still relevant, while others needed change. This data set the stage for their Ethelo engagement.

The Ethelo team worked closely with Verlaan to create a two-stage engagement. The first stage sought input on the proposed changes, and the second validated the final revisions that came out of the first stage. For the first stage, the team took 67 options for amendment and organized them into 12 general categories.

In the first stage of the engagement, participating residents learned about the proposed changes in each of the 12 categories while weighing in on them by voting, commenting and adding their own proposals. They identified areas that were important to them and could engage with other participants in a focused manner.

Because the team kept the engagement open for a while, participants could return to see what was happening in the comments and adjust their votes accordingly as they learned more.

One hundred sixty-four people participated in the first stage of the engagement, representing a 42 percent response rate. They contributed more than 1,200 comments and submitted 23 new proposals. Support for the recommended changes ranged from mild to total, reflecting the community’s diverse opinions. Of the 164 people invited to join the final stage, 77 participated and provided 143 comments.

“Our public consultation services require easy-to-configure and user-friendly digital platforms, and our recent pilot of Ethelo in a community planning project was a successful collaboration. The team at Ethelo is very thoughtful about how to build their platform to support projects like this, and they were very responsive to our requests for tweaks to ensure success. I will work with them again for sure.” – Vince Verlaan, MODUS Consultants

Want to see how Ethelo can help with your next Official Community Plan? Schedule a free consultation with one of our engagement experts