Every year, the Squamish Nation develops a budget to align its resource allocation with upcoming strategic priorities. As part of the planning process for their 2021/2022 budget, the Nation’s senior leadership team and council needed to engage its members and get their perspectives on how resources were allocated. They partnered with Ethelo to create an online engagement that both educated members about the initiative and included them in the decision-making process. The Ethelo data helped the leaders and council ensure their prioritization matched up with the priorities of members, while the comments section let them identify areas where people needed to learn more. Building understanding and increasing engagement with decision-making in this way helps the Squamish Nation more effectively advocate for itself and create a stronger mandate to assert its powers of sovereignty and self-governance. 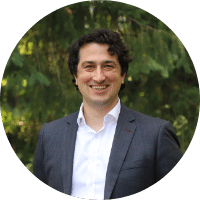 Every year the Squamish Nation develops a budget to align resource allocation with upcoming strategic priorities. From programs to events, to capital projects and staffing costs, the budget outlines all resources the Nation requires to provide programs and services to its members while investing in their future.

As part of their 2021 budgeting process, the Nation wanted to get feedback from its members on initiatives identified as priorities in the annual budget. They wanted to hear from as many members as possible, including those living on and off-reserve, Elders, youth and advisory committees.

The Nation chose Ethelo’s Citizen Budget platform for the online component of its budget engagement because of its unique abilities to educate and include citizens in the budgeting process.

As Denis Murphy, Director of Finance for the Squamish Nation explains, the administration of the Nation serves the needs of its members, so having visibility into member priorities is critical to ensuring leaders are making the best financial decisions.

“Ethelo helps bridge the divide between internal decision-making and what matters to our members,” Murphy explains. “It helps connect those two so we can have confidence that our internal conversations are lined up with the needs of our members.”

Murphy says Citizen Budget’s unique ability to let members adjust real-world budget amounts and make trade-offs based on their priorities helps them learn about the complexity of budget decisions.

“I think it’s important that members go through the process of trying to figure out what resource or allocation trade-offs they want to make,” he explains. “It’s important for them to understand some of the decisions and complexity. Ethelo is a good tool for education in that regard.

“Because it’s interactive and because it involves members making decisions and interacting with choices that the nation needs, I think you can generate interest and greater engagement with members.”

He adds that discussions happening in the comments section also helped identify areas where people needed to learn more and future opportunities for engagement.

For example, one initiative in their Citizen Budget engagement was about some jurisdictional questions related to the nation taking greater ownership of setting rules, regulations and standards in education.

“It was apparent from some of the comments that people didn’t understand what it was about,” Murphy notes. “We tried our best to articulate it, but it wasn’t as successful as we wanted. So in subsequent engagements, we need to spend more time on it or we need to articulate what we’re trying to do in a different way.”

Along with improving internal decision-making and building common understanding amongst members, Murphy says having an active and engaged membership is an important component when advocating for sovereignty and self-government.

“With the United Nations Declaration of the Rights of Indigenous Peoples, there are a lot of worthwhile, very lofty goals there,” he explains. “But if you don’t have financial freedom and financial understanding within the membership, actually delivering those goals and holding people to account to deliver those goals—that includes the nation’s government and other governments—becomes more difficult.

“So the more you can increase understanding and engagement with decision-making, the more people there are to advocate and the stronger the mandate for the nation to assert its rights and say this is what our members want.”

Murphy adds that Ethelo is a helpful tool for First Nations to use as part of a broader engagement strategy or processes that involve strategic decisions or tough issues.

“The more resource-constrained you are, the more acute this need becomes,” he says. “You want people to learn, but you also want to have people informed about decision making.