For the past five years, the City of Prince George has used Ethelo’s Citizen Budget as a cornerstone of its annual budget consultation process, which also included in-person engagements. When COVID 19 hit, the City had to shift to fully digital engagements and again chose the Citizen Budget platform to consult with residents about a difficult pandemic budget.  With the switch to a fully online engagement with Ethelo, the consistent participation numbers increased by about 500 percent above average for the previous five years. The Ethelo data showed the City where residents stood on funding for various services and what revenue options were they preferred in the midst of the pandemic. And Ethelo’s ability to show taxpayers exactly how much they’re spending for services, while also letting participants see the selections from others, created transparency and helped increase trust in the City’s budget process.

Building trust and a better budget 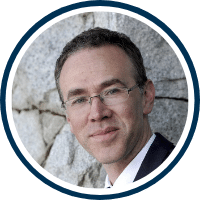 Over the past five years, the City of Prince George has been laying a solid foundation for online budget consultations with Ethelo’s Citizen Budget platform.

But when COVID 19 hit in 2020, they needed to quickly switch to a fully online engagement model while dealing with unprecedented budgeting challenges brought on by the pandemic.

“With so many of our facilities closed, that really reduced revenues coming into the organization,” van Adrichem says. “It became a real challenge for us to be able to deliver the services that people expect.”

He adds that because the City had been using Ethelo as part of its “Talktober” campaign, people were already familiar with it. That made the transition to online-only much easier.

“We’d already been seeing pretty good growth online in terms of participation in budget surveys, compared to in-person. In many ways, I would say the pandemic accelerated a trend that we’d already been positioned for.”

The Prince George team used Citizen Budget again for a focused online budget consultation campaign that saw a 500 percent increase in participation in 2020 compared to the average over the previous five years.

An exercise in education and transparency

Prince George’s 2020 Ethelo budget survey included questions about the importance of different service areas, such as roads, police and fire services, parks and trails,and snow clearing, and satisfaction with the City’s performance in delivering those services.

It also asked participants to indicate the level of funding those service areas should get. The data the City got from Ethelo showed some general agreement about service area funding, but also some real diversity.

“We saw a number of service areas with fairly large swings in public opinion,” van Adrichem notes. “Some people wanted to increase funding for certain services quite a bit, and others said decrease them quite a bit.”

This kind of polarization can present challenges for staff and councillors who need to make budget decisions. But Ethelo’s ability to educate residents about the complexity of budgeting and create transparency around decisions helped people see the trade-offs that are often required and helped increase support for the final budget.

“What I like about Citizen Budget is the transparency we have with reporting the results,” van Adrichem says. “It shows participants that there can be disagreement about services, so people can see the challenges for themselves.

“Getting feedback from the community is important, but Citizen Budget is also an educational tool. By providing the opportunity for respondents to submit their individual property assessment, all of the financial references are automatically adjusted for that person. So they can see how their tax payments are allocated, right down to the dollar. As a result, participants are learning as they go through it. I think that’s where some real magic can happen. People get more engaged, and it becomes a more transparent exercise.”

He adds that this transparency can hopefully help increase public trust with the city staff and councillors making the final decisions.

“The results are visible, and people don’t have to feel suspicious of councillors or the system,” van Adrichem says. “It’s all right there for people to see in the results of the survey.”

The value of inclusion

Citizen Budget’s ability to give that customized tax information back to residents in real time and at their convenience is the key component that has kept the Prince George team using it for the past five years.

“There’s value for the city to get input, and there’s value for the participant to see where their tax dollars are going,’ van Adrichem says. “And they have the opportunity to provide input in a very flexible format at any time of the day during the survey period.”

He adds that the Citizen Budget helped the City gather some new ideas and collect data that helped inform budget decisions for 2021 and beyond.

For example, Prince George has more than 100 kilometres of walking trails, some of which go through wild areas and are hard to monitor with tools like trail counters.

“Our parks staff were witnessing a big increase in use, but we didn’t have data to prove it,” van Adrichem says. “So we asked in Citizen Budget if people were using outdoor spaces more for recreation. We saw we had a huge increase in that.

“So we were able to use Citizen Budget not only to get people’s perceptions on how budgets should be allocated but also data on what they were doing and where they thought the City should be focusing. It gave us a good sense of what people were thinking, and that was really helpful to us in our planning beyond just setting the budget for 2020.”

Having seen the impact of including more than 1,000 people in their Citizen Budget engagement, van Adrichem and the Prince George team are excited about opportunities to use Ethelo in different ways in the future.

“With the capacity of Ethelo, and the way the algorithms work, I think that we’re on the cusp of doing more regular, meaningful and engaging kinds of community surveys,” he shares.