How do you get community members to engage on an issue as complex and polarizing as climate change? Ethelo and the City of London, Ontario, came up with a simple but effective strategy: turn the engagement into a game. 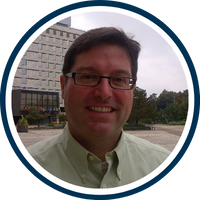 When city staff at London, ON were directed by City Council to build a Climate Emergency Action Plan, they knew that public input would be key to creating something the community could get on board with.

However, convincing folks to engage around an issue as complex and polarizing as the climate emergency is not an easy task. To maximize participation, London and Ethelo came up with a simple strategy: turn the engagement into a game.

“What we found really attractive about Ethelo was the idea of using the platform as a climate plan simulator,” says Jamie Skimming, Manager of Community Energy Initiatives for the City of London. “Recognizing that some people like games and puzzles, we thought this would be a great opportunity to try that.”

The survey presented participants with twenty greenhouse gas reduction actions that the city could take, like energy efficiency upgrades, a green bin program, and new cycling infrastructure. Then, using a sliding scale, participants decided how much they personally thought the City should prioritize each action over the next 10 years.

The challenge was to design a plan that could reduce by at least one million tonnes of greenhouse gas emissions by 2030. So while car fans could gleefully downgrade bike lanes, for example, they would then have to slide other actions up in order to reach the target number – perhaps by increasing the number of electric vehicles or buses in the city.

The idea of simulating a climate action plan is not a new concept. Jamie has tried many different simulators in the past. What is missing from all of them, he says, is transparent information about the level of effort it would actually take to reduce those emissions.

“We didn’t want to tell people that anything was impossible,” he explains. “But we wanted to be open that there are reasons like cost and lack of resources that make it very tough to crank the dial to the maximum level on any given action.”

Each GHG reduction action displayed information about how difficult or easy it could be to implement. Participants then had to make trade-offs on each action to balance the ‘difficulty score’ with how effective it could be. This simple constraint gave participants a more realistic, transparent experience, and provided more valuable data to the city as a result.

the groundwork for an actionable and community-approved climate plan

All of this feedback is instantly fed through Ethelo’s algorithm, which finds a suite of actions in real-time that is most likely to be broadly supported by the community. Participants can see how their answers compare to the larger community, a measure of transparency that keeps them from feeling like their feedback has gone into the void.

By the end of the engagement, over 1,000 Londoners had taken the climate simulator challenge. Thanks to them, the city now has the groundwork for an actionable and community-approved climate plan. London staff are currently working on a Climate Emergency Action Plan, and Ethelo’s detailed post-engagement report is a key supporting document. 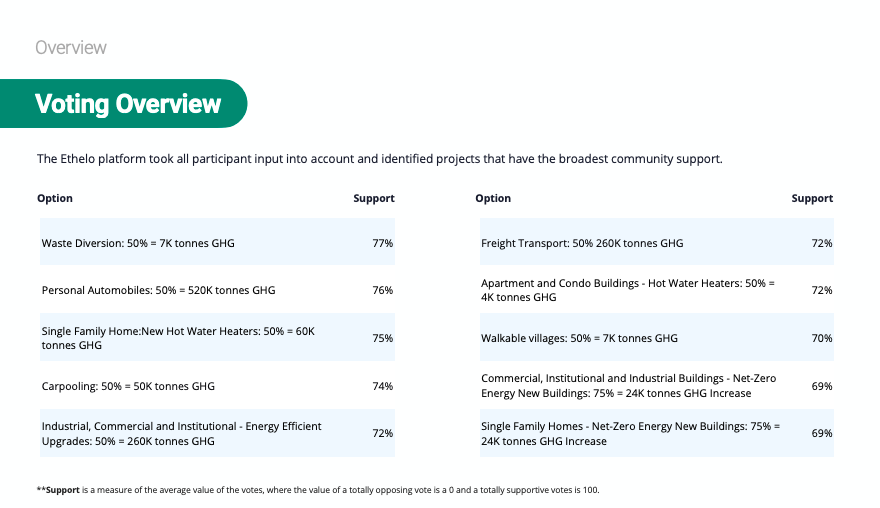 “Through the algorithm, we have a clear understanding of which activities had a good level of consensus,” says Jamie. “People are saying they want to see home energy retrofits, so staff can now make sure that there are parts in the plan that speak to that desire.”

London also made use of Ethelo’s Outreach Services, which uses digital and community-based advertising techniques to raise awareness for the survey. Per special request, the final report included Ethelo’s takeaways about techniques and messaging, which London staff can now build off of for other city climate initiatives. “Getting a sense of which messages resonated or didn’t resonate with the community was definitely of value to us,” says Jamie.

He continues, “What we really appreciated was the willingness of the Ethelo staff to experiment and try some new things with us. The fact that they were willing to understand our needs and customize the process to fit those needs was appreciated.”

Want to see how Ethelo can help your climate projects? Schedule a free consultation with one of our engagement experts