Including 2,000+ residents in capital project planning

As part of the planning process for its next Capital Improvement Program, the City of Lethbridge needed to decide which capital projects to prioritize in the decade to come. An essential part of that process was engaging with residents to learn which projects they supported. Like many cities, Lethbridge had far more proposals than their budget would allow. So they used Ethelo to engage residents, educate them about various proposals and let people participate in prioritizing projects. More than 2,000 people participated, and the City got data showing which projects the community thought were the highest and lowest priorities. That information helped with prioritization in both the short and long term while showing residents they have a voice in their community. 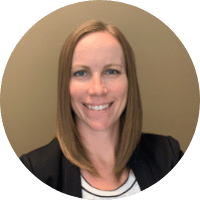 As part of the planning process for its next Capital Improvement Program (CIP), the City of Lethbridge needed to decide which capital projects to prioritize for the decade to come.

As part of her role as Financial Planning and Budget Administrator, Shauna Conard works closely with the City’s Capital Improvement Program (CIP)  budget process. Conard says the most challenging part of the CIP planning process is deciding which projects to prioritize from a long list of submissions.

“It’s difficult to prioritize the needs versus the wants in the community,” Conard explains. “Often, the number of proposed projects outweighs the funding sources. It’s about trying to find the balance of which projects to fund and how to fund them.”

Conard adds that the key to prioritizing the right projects is to engage residents in the process, by keeping them informed about which projects are on the table and in return, residents can let the City know which ones matter most to them.

In the past, the City involved residents in capital planning by hosting a traditional in-person open house meeting. But after using Ethelo’s Citizen Budget platform last year for its annual operating budget engagement, staff saw an opportunity to include residents in the prioritization process more effectively and efficiently.

“We really enjoyed the Ethelo platform and the format,” Conard says. “It was easy to use, easy to follow, and we became comfortable with using it. We thought it would be a great fit again for our capital engagement.”

The City of Lethbridge had more than 100 projects on the table, and they wanted to get feedback on all of them, which was no small task.

Conard says the Ethelo team was instrumental in helping her team present the projects in a way that let them get feedback on all of them without overwhelming residents in the process.

“Ethelo helped guide us through the different options and gave us suggestions about how we could outline those projects and combine them to make the engagement site not feel overwhelming to residents but still provide the opportunity to ask for feedback on all those projects,” Conard explains.

Lethbridge launched their engagement and began inviting residents to participate using advertising and promotion through their social media accounts. Conard says they were “pleasantly surprised” to see a high level of participation in the engagement, with more than 4,000 unique visits and 2,007 participants. That’s more than five times more visitors than their previous Citizen Budget engagement.

“We also found that the Ethelo engagement site was user-friendly, visually pleasing, very informative and interactive,” Conard notes. “I think that was one of the reasons why we saw that increase in participants.”

“There were 105 projects that City Council had to make a decision on, and there wasn’t enough money to fund all those projects,” she says. “Having the Ethelo engagement report with the summarized information, Council could review all the feedback and comments to help them in their decision-making process.”

What’s more, the Lethbridge engagement team included a question at the end of their engagement that asked: “Did you learn anything new by participating in this process?”.

“Seventy-eight percent of participants said they learned something new by participating in the engagement process,” Conard notes. “That was huge for us because our main goal is to explain the capital budget process to the community.”

She adds that the Ethelo team was a massive part of making their CIP engagement a success.

“We had a very short timeline to pull all this together, and Ethelo was very supportive in the way they provided us with options and ideas of the best way to engage our residents,” Conard says. “They were very accommodating. We were able to share our ideas and concerns about how to engage our residents throughout the process. They responded immediately to our requests, and they were there to help us to put all that data together in a platform that was easy to use, informative and engaging.”