After the City of Prince George’s Select Committee on Poverty Reduction produced 19 recommendations for reducing poverty in the City, they needed to learn how residents felt about the recommendations. Inspired by their long-time use of Ethelo’s Citizen Budget platform, Prince George once again partnered with Ethelo to engage residents in an online discussion about poverty reduction initiatives. The Ethelo engagement educated residents about each of the 19 recommendations while allowing them to vote on the initiatives, weigh priorities and make trade-offs to help the City determine which recommendations were most important and urgent. The engagements included a broad group of residents in the process and gave Council data to help guide their decision-making process. 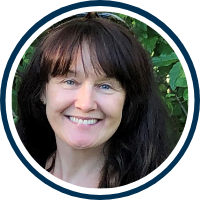 In October 2019, the City of Prince George formed a Select Committee on Poverty Reduction, which was tasked with recommending how the City could address poverty based on the provincial government’s Together BC strategy.

The Select Committee, which was comprised of a variety of representatives from the community with a diverse range of perspectives, produced 19 recommendations for reducing poverty in Prince George. The committee then needed to engage the broader community to create awareness of the initiatives and learn which ones were the most urgent and highest priorities for residents.

Sarah Brown, who works in the City’s Strategic Initiatives and Partnerships Division, was the Staff Liaison for the Select Committee. She notes that the committee set out several lens groups through which to view the work, which included: children and youth, single-parent families, seniors and people with lived/living experience of poverty. They also wanted to work with at least five community agencies.

“They wanted to look at the difference between people who are experiencing absolute poverty and those who are considered the working poor,” Brown explains. “So that way, the recommendations would be all-encompassing, so when we look at poverty reduction in the community, it wasn’t just honed in on one group, but really looks at the broad spectrum of people who could be impacted by poverty.”

The City of Prince George has used Ethelo’s Citizen Budget platform for the past five years to include residents in its annual budget consultation process. So when the committee was planning its poverty reduction engagement, they thought of Ethelo as the best tool to include a representative sample of citizens in the process.

“Ethelo turned out to be a really good fit because we wanted broad representation from the community, “ Brown says. “We used the engagement platform as the foundation and then we worked with our community partners so they could use the platform to get people to provide their feedback.”

Questions in the City’s Ethelo engagement asked participants to rank each of the 19 recommendations based on two factors, urgency and importance.

By using their social media and community networks, they included 814 people in the process and reached their goal of including a broad group of community members.

“It wasn’t just agencies who are supporting people who are experiencing poverty that had their say on this topic; it was across the community,” Brown says. “So to get that diversity of perspective was reassuring that voting on the recommendations was robust and sound. And we could have confidence that this is really reflective of our entire community.”

She adds that the Ethelo team was instrumental in helping set up a successful engagement that also helped educate people about the committee’s recommendations.

“The Ethelo team was really flexible in helping us set up what our platform was going to look like,” Brown notes. “It was very engaging. The imagery was appropriate, and it connected people to the topic. Each slide started with a suitable image, and then there was some relevant background information on each topic. We used all of that information to provide a backdrop and context, and then we asked people to answer the question. Ethelo was also able to link to external websites and information, so if people wanted to learn more, then they could. So that was a really good feature.”

“The education piece provided the preliminary context so people could make a decision on the urgency and importance.” 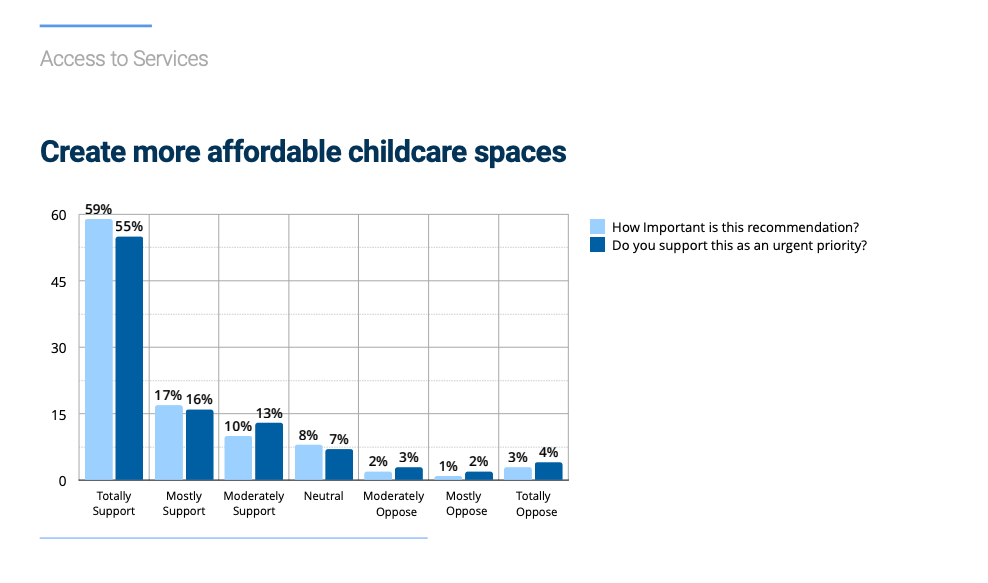 When the participation period closed and the Ethelo data came in, the committee learned that the initiatives were all very closely ranked—within percentage points between each item.
“What was cool about that is that all the recommendations were considered important and urgent,” Brown says. “We still needed to prioritize to a degree because you can only act on so many things due to resources.”

As a result, the committee chose to present all 19 recommendations to Council so they would know it was essential to keep all of them on the radar. And they prioritized them based on urgency and how quickly or directly the City could act on the initiatives.

Brown says that when compared to traditional in-person consultations or simple survey tools, Ethelo provided a much better experience and results.

“The survey component is valuable because you can get that broad range of perspectives,” she explains. “But having had the experience with other more standard survey options, the Ethelo platform was much more engaging.”

“The education opportunity, the imagery and the ability to comment and like with other respondents—I think people really appreciated those pieces, and it really elevated it. So from my perspective, using Ethelo gave us an advantage.”